Access Device Fraud cases in Louisiana can be highly fact-intensive which requires a skilled attorney with a wide range of knowledge to effectively defend a client. Mr. Barkemeyer is experienced in handling this type of case.

Every year in the United States, over 9 million identities are stolen and the state of Louisiana is not exempt from this statistic. Identity theft and fraud are very serious crimes in nation and state are often met with harsh penalties to persuade the crimes. These activities are considered very serious because our identities are very integral to our everyday lives and essentially define who we are as citizens. Access device fraud is one form of identity fraud and it is highly prosecuted in the state of Louisiana. If you have recently been charged with access device fraud in the Baton Rouge area, it is highly recommended to seek legal assistance immediately so that your case can be given the attention it requires to help defend your freedom in court. Carl Barkemeyer is an extremely experienced criminal defense attorney who has handled and defended many access device fraud charges over numerous years. It is important to get legal aid with your access device fraud case because every case has specific circumstances that define them and each case needs to be looked at carefully to determine how to best defend you. Mr. Barkemeyer and his legal team will work with you through the case to determine your most potent defense against access device fraud charges so that you can potentially attain the most positive result possible from your case.

All of these different forms of personal information can be used to falsify the victim’s identity and defraud the victim by seeking to obtain money or items of monetary value from the victim. Access device fraud is very similar to identity theft except that it is generally seeking to take items of monetary value from the victim. The type of information used by the offender charged with access device fraud is important to differentiate because it can make all the difference in the defense of the case. The definition of defrauding an access device under Louisiana state law is as follows:

A. No person shall without authorization and with the intent to defraud transfer an access device to another person.

B. No person shall without authorization and with the intent to defraud possess an access device issued to another person.

C. No person shall with the intent to defraud use, possess, or transfer device-making equipment or a counterfeit access device.

Ã¢âÂ      Access device: an access device includes any kind of identification that a person uses to access his or her personal accounts. Examples of access devices include driver's license number, birth date, mother's maiden name, digital signature, social security number, savings account number, checking account number, electronic identification number, and any other possible means of accessing personal or group accounts. These accounts must possess some sort of value to the owner(s) and that is why they have their personal access devices. 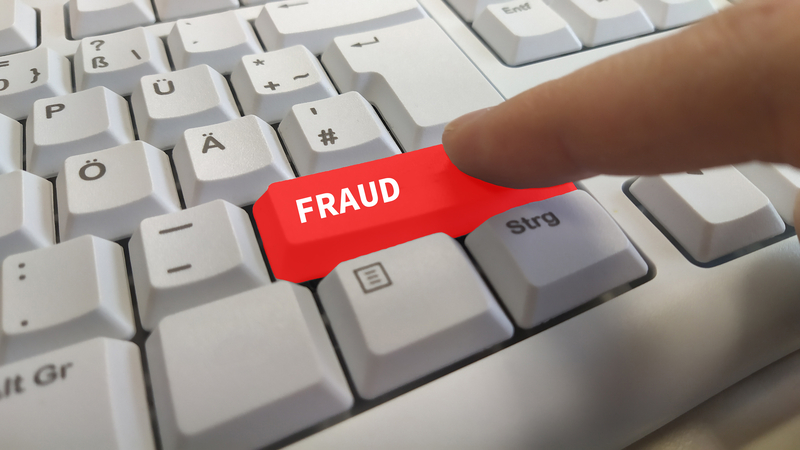 What are some defenses ito access device fraud charges?

Here are some of the defenses that you can claim:

Ã¢âÂ      That the act wasn't done with the intention of defrauding anybody: a good attorney would see to it that your stance is clearly stated and your charges cleared.

Ã¢âÂ      That the occurrence was a mistake

Ã¢âÂ      That you were authorized by the owner of the access device to use it.

Ã¢âÂ      That you're acting within your legal rights to possess an access device equipment.

Ã¢âÂ      That the defendant is, or was, mentally ill at the time.

What are the Penalties for Access Device Fraud in Louisiana?

(1) A person who commits the crime of access device fraud when the misappropriation or taking amounts to a value of $25,000 or more shall be imprisoned at hard labor for not more than twenty years, or fined not more than $50,000, or both.

(3) When the misappropriation or taking amounts to a value of $1,000 or more, but less than a value of $5,000, the offender shall be imprisoned, with or without hard labor, for not more than five years, or may be fined not more than $3,000, or both.

(4) When the misappropriation or taking amounts to a value of less than $1,000, the offender shall be imprisoned for not more than six months or fined not more than $500, or both.

(5) Upon a third or subsequent conviction of theft, the offender shall be imprisoned, with or without hard labor, for not more than two years, or may be fined not more than $2,000, or both.

Access device fraud is any type of crime that involves the use of a debit card, credit card, social security number, account number, and other types of account access to initiate a fraudulent transfer of money from one account to another. It involves taking another person's access device to make a purchase without asking them first. It is an illegal activity to access another person's financial or account information without their permission.

Access device fraud is a common offense you would find people getting convicted for daily. It usually turns out to be a serious case and, of course, with grave consequences. Improved technology has made it easy for people to access another person's financial information and carry out fraudulent activities within a short time. Citizens are usually advised to keep their financial information safe to prevent an unauthorized user from buying dinner, paying for groceries, or doing online purchases with their account information.

This crime leaves victims with financial damages, which puts an offender in for a criminal charge. Anyone who is charged with access device fraud needs to immediately contact a skilled access device fraud lawyer in Louisiana. It's usually a big case, so you need a skilled and experienced lawyer like Attorney Carl Barkemeyer to defend you incisively.

In What Situations Can You Get Punished for Access Device Fraud

Every criminal offense has punishment attached, access device fraud crime is not exempted. Access device fraud is one of the crimes that are severely punished, especially when additional factors known as aggravating factors are considered.

If you have been charged with an access device fraud crime, you should do your best to stay calm while you get through to a criminal defense lawyer. The worse mistake you'd make upon a criminal charge is to get defensive to prove your innocence to the arresting officers. This may incur additional charges, which you don't need at that point.

Avoid getting confrontational with the officers or spewing implicating words. You may choose not to speak to them until you see your lawyer, however, be polite about it. This makes things much easier for your lawyer. Also, you shouldn't waste time in contacting your criminal defense lawyer as you do not have the option to keep mute forever. Act fast so that you can get the best possible help.