In any criminal case in Louisiana, whether it is a murder charge in state district court, a money laundering indictment in federal court, or a hit-and-run in city court, the prosecutor must prove beyond a reasonable doubt that the defendant committed the elements of the crime. He will attempt to do this by proving facts to either a judge or jury. If it is a felony charge, the defendant has the option of having a trial before a judge or jury. If it is a misdemeanor, only a judge-trial is allowed. Either way, the prosecutor bears the burden of proof. The defendant does not have to disprove anything. In reality, we put up strong defenses. In fact, these defenses can be affirmative defenses, which requires the defendant to prove his defense once he alleges it.

Criminal Intent is Everything – Almost

So, what is the prosecutor trying to prove? He must prove the defendant did a certain act such as steal goods at Walmart. But, he has to do more than that. He has to prove that the defendant stole the goods INTENTIONALLY. Louisiana law differentiates two types of criminal intent, i.e. specific and general intent. Each criminal statute requires one or the other. Some require criminal negligence as well.

Specific criminal intent is that state of mind which exists when the circumstances indicate that the offender actively desired the prescribed criminal consequences to follow his act or failure to act. For example, murder requires specific intent. Murder is the killing of a human being with the specific intent to kill. So, if the defendant simply punches the victim in the face on time and the victim falls back hitting is head on the ground and dies from the impact of the concrete, it is not a murder. The defendant didn’t intend to kill him. The defendant intended to hit him. That is illegal. But, he only intended a battery. This would be Manslaughter.

On the other hand, if the defendant is doing an act in which its reasonable criminal consequences follow, he has general intent to commit the crime. The statute states that general criminal intent is present whenever there is specific intent, and also when the circumstances indicate that the offender, in the ordinary course of human experience, must have adverted to the prescribed criminal consequences as reasonably certain to result from his act or failure to act.  For example, if the defendant drives drunk, he has general intent to commit DWI. Differentiating between the two intents is important because not all defenses apply to both.

Criminal negligence exists when, although neither specific nor general criminal intent is present, there is such disregard of the interest of others that the offender's conduct amounts to a gross deviation below the standard of care expected to be maintained by a reasonably careful man under like circumstances.  This exists in Illegal Use of Weapon. For example, if the defendant is handling a weapon and it accidentally goes off, the prosecutor might say he was criminally negligent in handling the weapon and should go to prison. There are quite a few statutes that only require criminal negligence to prove the elements of the crime. 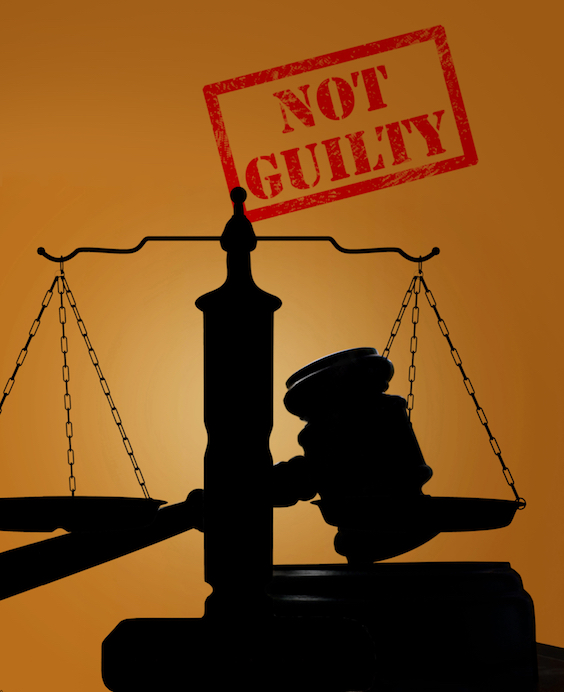 The most common defense is that the prosecutor simply can’t prove the defendant either committed the crime or that he intended to commit the crime. Louisiana law has created some statutory defenses: