We defend clients for the above as they relate to the following:

Felony drug charges in Livingston, Louisiana may include Possession, Possession with Intent to Distribute, Distribution, Conspiracy to Distribute, Creation of Meth Lab, Obtaining CDS by Fraud, Possession of Legend Drugs, and others. Some of these offenses include prison sentences of up to 30 years, and some of which have minimum setntences of imprisonment. The most common drug offense we see is possession with intent to distribute in Livingston. Police officers arrest people for this charge if they are in possession of a large amount of drugs. The amount must be more than personal use. This is strictly a factual determinination that we fight.

The most common type of misdemeanor drug charges are Possession of Marijuana and Possession of Drug Paraphernalia. The first charge carries a potential sentence of up to 15 days in parish jail. It is also an enhanceable offense, meaning that a third conviction becomes a felony punishable for up to 2 years in prison.  Mr. Barkemeyer may be able to handle your charge in a way that keeps your record clean. 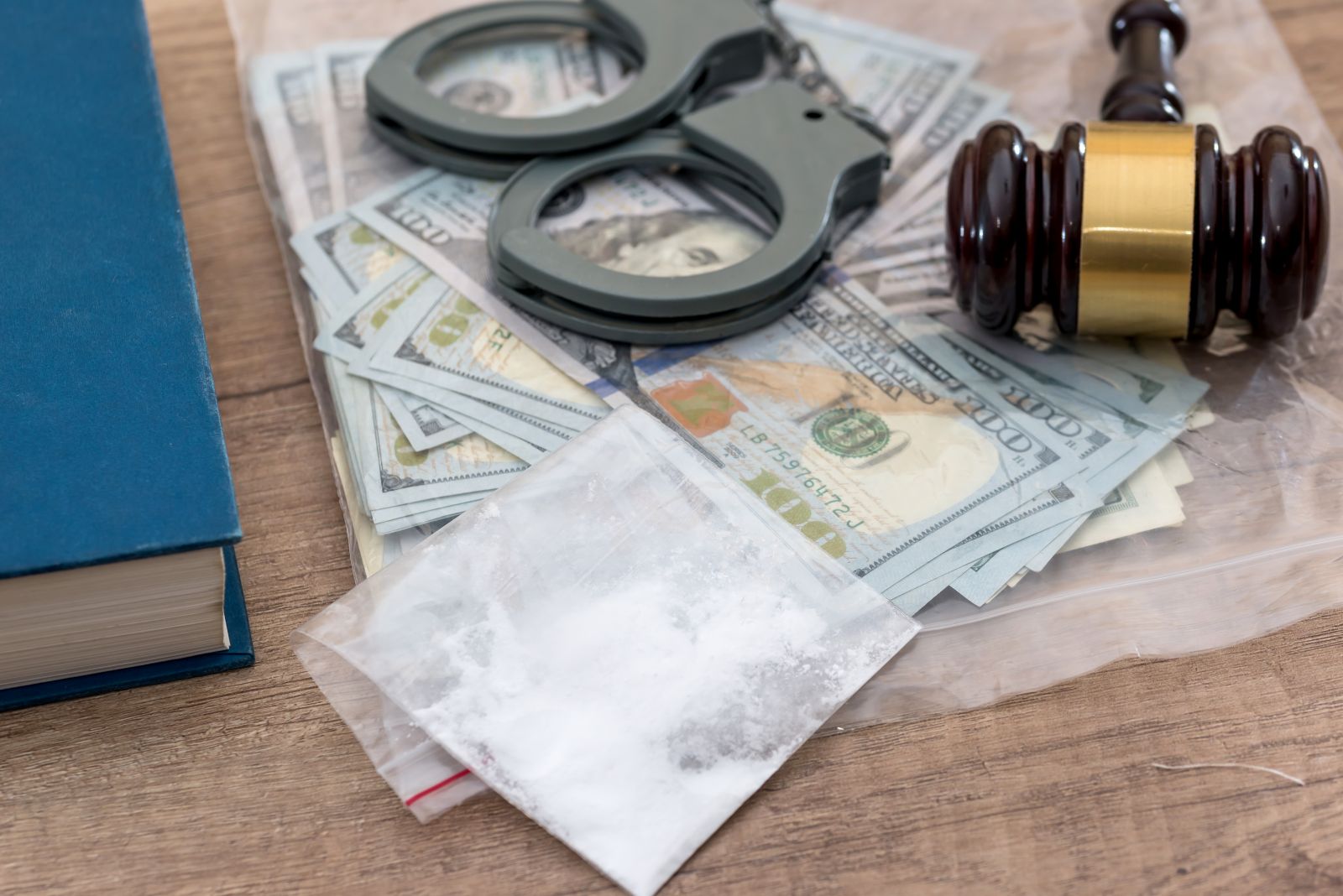 There are many ways to defend a drug charge in Louisiana, whether it is a misdemeanor or felony. Carl Barkemeyer is a Livingston drug possession attorney that will explore options for possible defenses and suppression hearings. In the event you have a poor case, he will advise you on drug treatment/ rehab, which can make a difference in your case.

What You Should Do If You're Given Drug Possession Charges

Drug possession charges are seen as minor crimes, but that doesn't you shouldn't take them seriously. If you don't get the right help, if you say the wrong thing, or if you act the wrong way, you could get yourself into even more trouble. We're going to walk you through what you should (and shouldn't) do when you're charged with any kind of drug possession. So keep reading below.

Try not to panic. Remember, you're getting charged with drug possession. That doesn't mean you're guilty of drug possession in the eyes of the law. So, do your best to stay calm.

This might seem difficult, but if you let your emotions get out of control, you might end up in more trouble. If you get angry or violent, the police might also charge you with resisting arrest or the obstruction of justice.

When the police arrest you, allow them to handcuff you and put you in the back of their car. Be still and quiet on the drive to the station.

Anything you say can be used against you, so do your best not to say anything at all.

As the police are arresting you, they might ask for some basic information, such as your name or age. Give them this information then hush up. If the police keep asking y our questions, especially questions relating to your charge, tell them you don't want to talk until you have a lawyer.  The Fifth Amendment gives you the right to stay silent.

This also applies to the things you write. Don't sign anything the police give you and don't write anything down that could make your situation worse.  If you can, don't write or say anything at all.

Once you get to the police station, you'll be allowed one phone call. You should use this phone call to contact your lawyer.  If you don't have a Livingston drug charge lawyer, call one of your family members. Once they know about your situation, they can find a lawyer for you.  Take this charge seriously.

Drug possession can have big consequences, including jail time. Don't think this is something you can get out of on your own. You should always call the best drug charge lawyer in Livingston any time you get arrested.

What to Do If You're Given Drug Possession Charges

The most important thing to do when you're given drug possession charges is to stay calm and call your lawyer. A lawyer can help you avoid jail time or other serious consequences.

You should always hire a lawyer for a drug possession charge in Livingston immediately, instead of waiting to go to court. 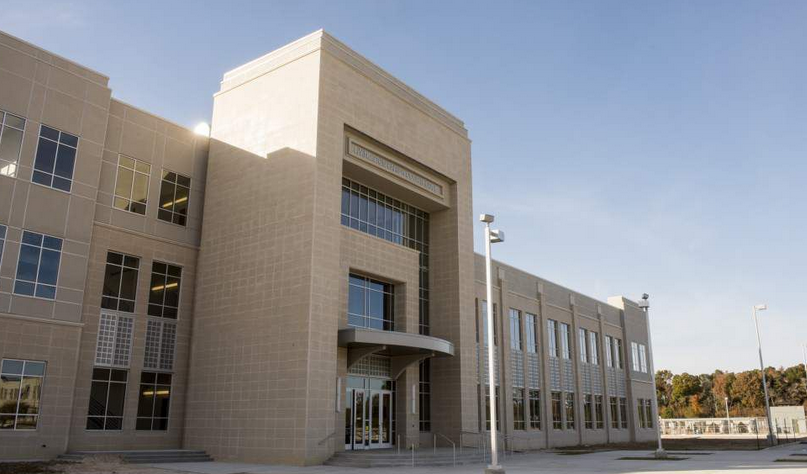 On your journey to defending yourself, it is important to know that the drug charge that you opt for can make or mar you. Want to have a fair fighting chance? You need a team of smart and experienced drug charge attorney to represent you.

What Will Our Drug Attorneys Do?

Let's say you have been arrested for a drug-related offense, and you are wondering what you should do. Instead of talking to the authorities and blurting out incriminating things that they will use against you in the law court, you should request for a good drug charge attorney in Livingston Parish, Louisiana to represent you.

A lot of persons when arrested for a drug-related crime in Livingston Parish, Louisiana start to talk to the authorities, trying to plead their case. Without them knowing, they go ahead to worsen their cases. A lot of police officers will claim to be on their side, in a bid to talk. Every word that the person arrested says is used against them by overzealous officers, who want to further their careers. Instead of talking, a smart person will immediately ask to see his drug charge attorney in Livingston Parish, Louisiana. That is your right.

There is no need, trying to prove to the detective that you are innocent or trying to tell him or her why you should be left off the hook. Call Carl Barkemeyer to help settle the case. Immediately you contact Carl Barkemeyer, Criminal Defense Attorney, a team of the finest drug charge attorneys will be assigned to your case.

We will analyze every aspect of the case, looking for loopholes in the case. Did the officers in charge of the case arrest you the right way? Did they proceed with it well?

The truth remains that a lot of officers are overambitious to the extent that they won't mind planting controlled substances on people to make drug arrests. Making drug-related arrests seem to be the cases that can shoot an officer's career faster. There are some procedures highlighted by the law towards the way officers go about their duties. Did they break anyone? We will look at every aspect.

Did they force you into giving evidence that is incriminating to you? We will find that out. It doesn't matter if there is a lot of evidence that can put you behind bars; if the evidence was gathered illegally, they wouldn't hold up against you.

We field questions that you may have concerning the case. You may be scared, wondering if you will spend the rest of your life in prison. You may be scared for your loved ones. The truth remains that there are a lot of grey areas in the law, Carl Barkemeyer, can use them to his advantage.

We find out witnesses that can help plead your case. We are very thorough in whatever drug-related offense case that we handle. We try to have a lot of plans that can get you off the hook or leave you with a reduced sentence. We try to find out who the witnesses that the prosecution team intends to use to win the case, and try to fault them. Not only do we do that, we also try to fault whatever evidence that the authorities may have against you. We cross-examine the witnesses of the prosecution and do lots more.

We Are Very Realistic

One thing that Carl Barkemeyer's team of drug charge attorneys prides themselves with is in being realistic.

We look at the case and develop different plans that we can use to our advantage. Some of our plans are dedicated to getting you acquitted with no strings attached, and others are dedicated to allowing you go with a pat in the back.

The pat in the back could be you getting a very reduced sentence, or it could be something else. Let's say you were caught with drugs. Instead of you having to spend ten years in jail, and having your record tainted, we can help get you into a drug treatment facility, where you will spend four months. This is a clear example.

If we look at the case and realize that you can't go off without warning, we can try to enter a plea bargain.

The plea bargain is us negotiating with the prosecutors to give you a very reduced prison sentence. A lot of prosecutors avoid giving those representing themselves plea bargains. They also frown against giving those without novice or unknown lawyers plea bargain. This is why you should opt for only an excellent drug charge attorney in Livingston, La.

We have developed a rapport with prosecutors in Louisiana, and understand how we can enter into a plea bargain to help either remove some of the charges that you are facing, or reduce the sentence that you may face.