Criminal Lawyer for Out of State Clients

Carl Barkemeyer is a criminal lawyer that represents clients who reside outside Louisiana and have obtained a criminal misdemeanor or felony charge in Louisiana. He has successfully handled many cases from clients that live in Texas, Mississippi, Florida, and as far away as Illinois, California, and New York.

A local Louisiana criminal attorney is necessary to properly handle a criminal charge in Louisiana. Mr. Barkemeyer has practiced in many courts throughout Louisiana. He knows the system and process in local courts.

Mr. Barkemeyer has been able to handle cases for clients so they never had to appear in court or come to Louisiana.

How Does It Work?

If you live picked up a charge in Louisiana and are now out-of-state because you are back home or are traveling for work, you can hire us over the phone and through email. It is a very simple process. When you call, we may do the following:

After you hire us, we begin to work on your case. Every criminal case has a different timeline. This all depends on the type of case, jurisdiction, prosecutor, facts, victims, etc. We like to begin creating a strategy early on. It is in your best interest to hire your criminal lawyer early on, preferably as soon as you can. Ideally, right after the arrest is the best time to get a lawyer involved.

Will I Have to Come to Louisiana for Court?

It depends on the type of case and circumstances. If you have been arrested or received a summons for a misdemeanor, we can appear for you for some court appearances. There are times when the judge may require your appearance for misdemeanors. However, most of the time, we are able to get a resolution that doesn’t require your attendance.

If you’ve received a felony arrest, we may be able to go to some appearances for you depending on the jurisdiction. There are waivers we may need you to sign to do so. Louisiana courts take felony charges seriously, therefore, requiring the defendant to appear most of the time. However, we have been able to avoid our client’s appearance in some cases. It just depends on your specific case.  We understand the impact having to come all the way to Louisiana for court can have on you financially and with your job. We always strive to help you the best way we can.

Out of State DWI Lawyer in Louisiana

When someone is out of their home states, they may tend to feel that they can let loose a little. It is common for us to represent clients from a different state that get arrested in Louisiana for DWI.

Let's say that you were heading to that popular festival, where you intend to have fun. The fun has already begun in your car. You and your mates are already popping pills and chugging it down with alcohol. You are manning the car, while they get drunk. Nothing can go wrong, you think. You ram into a car in front of you and you are no longer in Louisiana. The police come in and see that you are drunk. They run a sobriety test on you and you fail it. To you, they will write a couple of tickets, and take you to jail for the night. You will be bailed out by some friends, and after the festival, you will bail out of town.

The DWI charge does not go away if you live in another state. A bench warrant will be ordered if you or a lawyer doesn’t appear in court on your behalf.  In your mind, you don't live in that state anyway. You are not getting tried in Louisiana. You tell yourself that you have to tolerate the crappy court proceedings and after that, you head home to Louisiana to continue driving.

To you, whatever judgment that you are given in that state won't affect you in Louisiana. This is incorrect.

This is why if you are arrested for out of state DWI, you don't take it lightly if you reside in Louisiana. You should contact an out of state DWI lawyer like Carl Barkemeyer, the Criminal Defense Attorney to represent you. 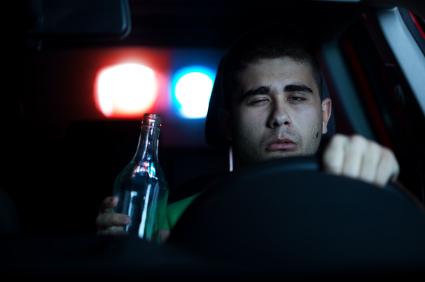 Other States Could Strip Your License if Louisiana Does

The above is the basic truth. Louisiana is part of the Interstate Driver’s License Compact. This influences the laws concerning driving around the United States. Forty-five states came together and drafted this as an agreement that ensures that violators of the driving laws are penalized. This means that if you live in Louisiana and commit a DUI in any of these forty-four other states, Louisiana will hold up the judgment that was delivered.

Like earlier mentioned, Louisiana doesn't take driving under influence lightly. The authorities are always ready to use anyone caught as a scapegoat.

Under the Interstate Driver’s License Compact, if the judgment against your driving under the influence case involves your license getting suspended, Louisiana will agree with that judgment.

If you were attending an event in a state like Texas and you consume a lot of alcohol, over the limits, you can be arrested for DUI. If you are tried and found guilty, whatever punishment given to you by the state of Texas will be upheld by Louisiana. Both states will ensure that you fulfill the penalties meted out to you.

Texas might when to want to give you some leeway, the same can't be said for Louisiana. Louisiana is ready to double the punishment if permitted.

Before Louisiana can uphold the judgment of a state in the Interstate Driver’s License Compact, there are some features that have to be met.

Both states should have similar driving under the influence laws. If they are closely similar, there is a great chance that Louisiana will uphold their judgment. If they are not, they might not do that.

Louisiana also looks at if the conviction was detailed enough. They will want to know the details of the judgment to see how specific they are.

They also look at the manner of enforcing the penalties meted out by the other state when driving under the influence is concerned.

What To Do When Arrested For An Out of State DWI

Don't take it lightly: Call the Best DWI Attorney For Your Case

When you arrested for an out of state DWI, you need an experienced DWI attorney like Carl Barkemeyer to represent you. Like earlier mentioned, do not think that since you are not in your home state, you can get away with the crime with a mere slap on the wrist. Do not think that you can always leave down after the arrest, and the case will be ignored. Like earlier mentioned, if you are convicted of a crime in Louisiana, there is a great chance that Texas will uphold it. Get a DWI lawyer that understands the law to represent you. Carl Barkemeyer can help build a defense for you.

"Carl Barkemeyer represents clients from outside of Louisiana that have criminal charges anywhere in Louisiana."