Possession of Adderall in Louisiana

Possession of Adderall in Louisiana is a felony offense.  Adderall is a schedule 2 CDS (controlled dangerous substance) since it is a type of amphetamine.  It is prescribed by physicians to treat those apparently diagnosed with psychological disorders.  It is known to be used in colleges and universities to help students study more effectively as well as recreational use.  Similar to Adderall is Ritalin, which is the brand name for methylphenidate, also a schedule 2 CDS in Louisiana. 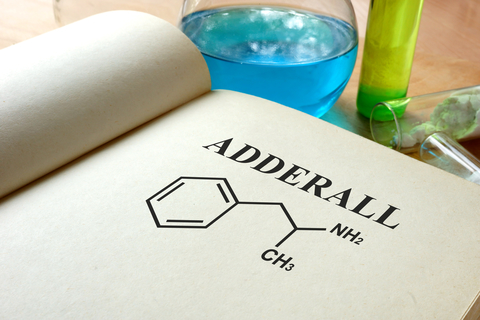 As you can see, simply possessing Adderall or Ritalin without a valid prescription can lead to a felony conviction and potential prison time.  The situation is worse for those who distribute Adderall and Ritalin or dispense it without a prescription in Louisiana. This is called Distribution of Schedule 2 CDS.  It is penalized the same way anyone is penalized for dealing drugs. So, think twice before handing out your prescription pills in the dorm room. See below for the sentencing ranges:

Possession of Adderall In Louisiana

You might be wondering just the charges associated with Adderall possession, and we are here to give you all the information you need to know. First of all, you should know Amphetamine also know Someone Adderall is illegal to possess without the needed prescription. It is usually considered to be an unlawful offense when a person is found in possession without either a prescription or with more than the necessary amount in the prescription.

If a person is found guilty and charged with crimes concerning Adderall, they can be not just arrested but have a license suspension and also might require monitoring end treatment for the person. Adderall usually comes in both tablets, and released capsules, and both forms are liable to get you in trouble in the state of Louisiana.

Adderall as we all know, is a drug used in treating attention deficit hyperactive disorder as well as narcolepsy. Due to its stimulating properties, it is usually addictive, and this can be quite dangerous. It is very famous in school and universities as a study enhancing drugs, and this is considered abuse by the law. Due to this misuse by people, it can start causing a form of dependency, both psychological and physical and could ruin a person life. This is why Amphetamine is listed as a Schedule II narcotic by the Drug enforcement administration (DEA).

Possessing this drug in the state of Louisiana under certain circumstances can result in prison sentences and fines. If you didn't know, any form of manufacturing, possessing or distributing of a schedule II controlled substance such as this one without a prescription or possessing more amounts than necessary is considered a serious offense with penalties attached to them.

The penalties issued are usually dependent on the state a person is and the amount they have with them as well as if they were caught in any particular activity during the time of their arrest. But no matter how little or how large, the possession of this drug without a valid prescription is considered illegal in the state of Louisiana and all over the United States of America.

What are the Crimes Associated with Adderall?

For certain reasons such as ADHD, the use of Adderall is legally used for treatment by licensed medical professionals. So, if you are caught in possession of Adderall without those prescription or with more than necessary can lead to serious repercussions. One reason why a lot of people get it even without a prescription is that they buy from the black market, and this can lead to the arrest of both the buyer as well as the seller.

If a person has been caught with Adderall and is being persecuted, the best choice is to hire a legal defense attorney to represent them in court as doing it on their own isn't advisable in any way. The criminal penalties for Adderall related offenses in the state of Louisiana usually go like this: possessing little quantities is being treated as a misdemeanor while being found wanting for possessing larger amounts, of distribution is considered to be a felony.

There are penalties in the state of Louisiana, which determines just how a person would be convicted and the amount possessed as well as an individual’s intent of such possession. There would also be talks on how a person got to have such possession. When charged with a misdemeanor, a person might have just probation, short prison sentences, finds and if charged for a more serious one under the felony case would spend up to 10-15 years in the Louisiana state prison.

It usually depends on the nature of the offense as people caught trafficking could face federal penalties as well as other forms of prosecution. People who are charged for the very first time would pay up to 1-5 million dollars as well as a prison sentence for as long as 20 years. Individuals who have been arrested more than once on the same charge face as much as 30 years in prison and also fine of up to 2-10 million dollars.

All that being said, even if you have a prescription, it is best to have it with yourself at all times because failure to do so can lead to your arrest. So, it should always be in handy because you never can tell. Even if you have been arrested, you can call a drug charge lawyer or a criminal defense attorney to help sort out your case. It is best to do that as soon as possible and avoid all forms of delay at all cost. So, hiring a defense attorney is a must so what should you do?

What Should You Not Do When You Are Caught with Adderall?

Don't talk to the officers. We understand the legal system and how the Police works. They tend to talk to their arrestee, either calmly or fiercely, trying to get them to speak. We understand that they may claim that they won't charge you or say that it is for your benefit, if you talk, without your attorney present. Sometimes, they may say that since you have nothing to hide, you don't need an attorney present. Under no condition should you believe whatever they tell you. According to your rights, you deserve an attorney nearby when you are questioned. According to the Miranda rights, you have the right to keep mute. Don't let their mind games get to you. Keep mute until your drug charge attorney in Baton Rouge is nearby.

Once you have been charged with any drug-related issue, the best thing to do is seek an attorney to represent you in court as it would be very unwise to choose to do this yourself. It doesn't matter if you are a resident or just visiting or on vacation here in Baton Rouge or the state of Louisiana in general, we would properly and aggressively defend you in the court of law.

We understand just how scary it can for you to be charged with any crime and this is why we work hand in hand with you to get the best results possible, this way you get the help you need while getting a befitting sentence.

We believe in transparency are open to any questions you might have as we also ask you questions which would help us with your case as well. So, if you require good and aggressive representation in court here in Baton Rouge or Louisiana as a whole, why don't you contact us at Carl Barkemeyer, criminal defense attorney today?

Possession and distribution of Adderall and Ritalin in Louisiana is treated the same as cocaine, crack, and meth. If you have  a possession of schedule 2 charge in Louisiana, contact Louisiana drug charge defense attorney, Carl Barkemeyer at 225-964-6720.