Hit and Run in Shreveport

Hit and run are considered an offense in the state of Louisiana for a number of reasons. Any person charged and convicted for a case of hit and run would face penalties but these penalties vary according to the facts of the actual crime. That being said, a hit and run can either be charged as a misdemeanor or charged as a felony, all depending on the alleged facts presented during the particular incident. No matter what you are charged as, In the state of Louisiana, prosecutors take it extremely seriously and prosecute accordingly.

When Is It A Misdemeanor Hit and Run?

If there is no death or any serious bodily injury involved, a defendant shall be fined by the judge for not more than $500 and can sentence him to prison time of nothing more than six months. A driver can be charged with both if it is realized that they consumed any substance such as alcohol or drugs which could have contributed to the accident and the driver purposely ignored the fact that it could affect his driving abilities and could lead to further prosecution. 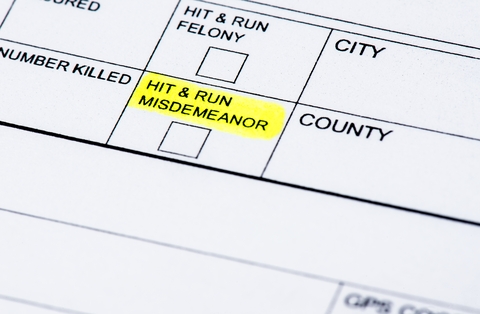 When Is It A Felony Hit and Run?

A felony hit and run are more serious than the previous. This is charged when there is death or stupid bodily injury involved as a result of the said accident and also when it occurs and the driver is required to know that there has been the death or a serious bodily injury but yet chose to flee the scene. A person charges with such as be fined nothing more than $5000 or can be sentenced to prison time of nothing more than 10 years which could be with or without hard labor. In some cases, both.

The more critical the situation is after a hit and run, the more charges and heavier penalties can be assigned to an individual. A good lawyer can be able to reduce your sentence as much as they can or get you to just pay a fine. In a situation like this, it is important to contact a criminal defense attorney as soon as possible as delay can be very critical. Choosing to defend yourself in the court of law is usually not the best and smartest idea and you can’t get as much as you would when you hire a professional hit and run attorney with years of experience of representing clients in the law court.

The most serious hit and run that can be charged as a felony can occur when some conditions are met. When a person is in this situation, a judge has the power to order their imprisonment with it without labor for a period of nothing less than 5 years and also nothing more than 20 years. Some of these criteria to be met include;

·       The driver knew or is thought to have just known that the vehicle in which they were driving was involved in an accident or the use of their vehicle was the direct or sole cause of an accident.

·       When there is death or serious bodily injury is direct as a result of the said accident and the driver intentionally fled the scene.

Any person who has been charged or found guilty of the following crimes shall face the law and would need legal and experienced representation or they could spend the exact limit in jail and pay the fine limit as well. Whatever the case may be, talking to your lawyer first is always the best idea.

If the accident involves an unattended property, the defendant would require to leave a piece of contact information in the case of an accident to not be charged for a hit and run. You are also required to call law enforcement agencies as soon as possible.  Even if an accident leads to damaged cars, calling the insurance company is a lot better than fleeing the scene.

A crime like a hit and run in the case of Louisiana is considered a serious offense and is prosecuted accordingly. We understand that here are Carl Barkemeyer, that is why we offer to give you the right representation you need in the court of law. We have years of experience from previous cases we have handled in the past and it builds us up to be able to know just what and what you need to do and say in the law court.

Here at Carl Barkemeyer, we are an open book and let you follow the case by giving you all the information you need to know in order to know the progress of your case so far as we give you the most aggressive representation you could possibly as for. You need a defense attorney who understands just how bad having a criminal record can be and works relentlessly to ensure you do not get to have that. It is best to contact us immediately you have been arrested so we can begin your case as soon as possible.

When arrested by the police, waiting for your lawyer before you speak a word is usually the best call for cases like this. So, if you or anyone you know has been charged or would most likely be charged for a hit and run in Shreveport or anywhere else in Louisiana, contact us today.